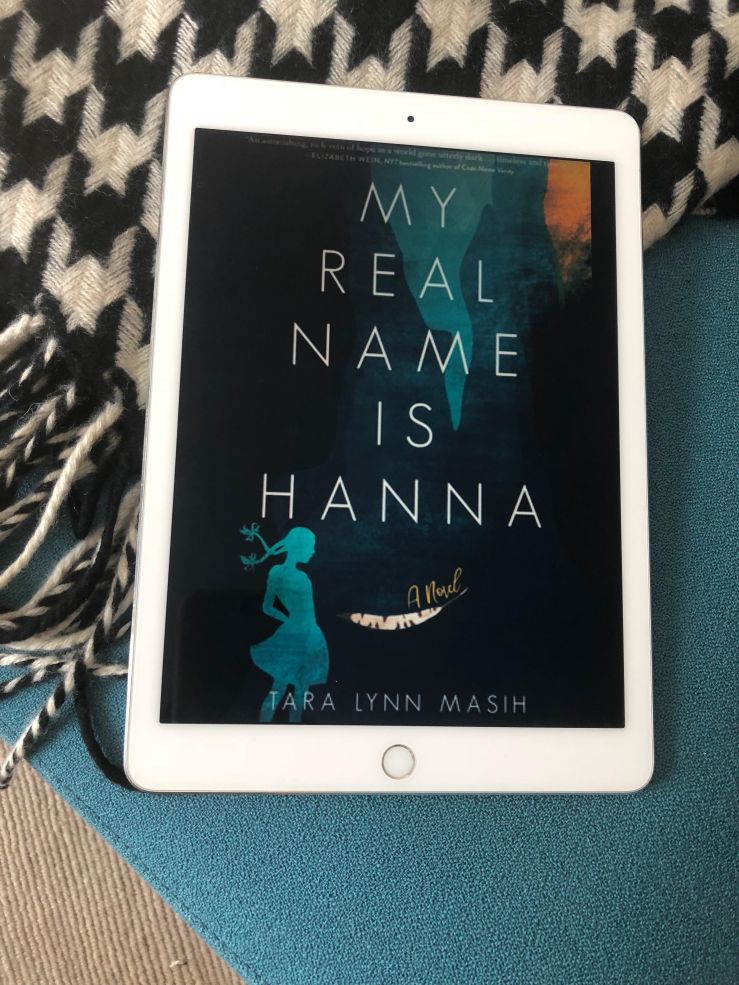 First Line Friday is hosted by Hoarding Books. were we share the first line or lines of a book we are currently reading or going to start soon.

Our first lines are to a Traveling Sisters Group read that Lindsay and I are going to be starting soon.

I will say my real name to you for the first time. Hanna Slivka. Don’t be scared. I am still your mother.

Inspired by real Holocaust events, this poignant debut novel is a powerful coming-of-age story that will resonate with fans of The Book Thief and Between Shades of Gray.

Hanna Slivka is on the cusp of fourteen when Hitler’s army crosses the border into Soviet-occupied Ukraine. Soon, the Gestapo closes in, determined to make the shtetele she lives in “free of Jews.” Until the German occupation, Hanna spent her time exploring Kwasova with her younger siblings, admiring the drawings of the handsome Leon Stadnick, and helping her neighbor dye decorative pysanky eggs. But now she, Leon, and their families are forced to flee and hide in the forest outside their shtetele—and then in the dark caves beneath the rolling meadows, rumored to harbor evil spirits. Underground, they battle sickness and starvation, while the hunt continues above. When Hanna’s father disappears, suddenly it’s up to Hanna to find him—and to find a way to keep the rest of her family, and friends, alive.

Sparse, resonant, and lyrical, weaving in tales of Jewish and Ukrainian folklore, My Real Name Is Hanna celebrates the sustaining bonds of family, the beauty of a helping hand, and the tenacity of the human spirit.

Tara Lynn Masih is editor of the Rose Metal Press Field Guide to Writing Flash Fiction (a ForeWord Book of the Year), The Chalk Circle: Intercultural Prizewinning Essays (winner of a Skipping Stones Honor Award; a New England Book Festival award; a Benjamin Franklin silver medal award; and a ForeWord Book of the Year Award), and author of Where the Dog Star Never Glows, a National Best Books Award finalist in the short story category. She is the founding series editor of The Best Small Fictions, and My Real Name Is Hanna, her debut novel for young readers and adults set in WW II Ukraine, is due out Sept. 2018 and received a 2018 SKIPPING STONES HONOR AWARD.

Tara received an MA in Writing and Publishing from Emerson College, and has published fiction, poetry, and essays in numerous anthologies and literary magazines, and her essays have been read on NPR and translated to dance. Several limited edition illustrated chapbooks featuring her flash fiction, along with poet’s farthing cards, have been published by The Feral Press.

Tara was the assistant editor for STORIES literary magazine, and a regular contributor to The Indian-American and Masala magazines. She divides her time between Andover, MA, and St. Augustine, FL.

Have you read this one?  Want to read it? Please add your first line to a book you have started or going to start.  We love to hear from you!!!